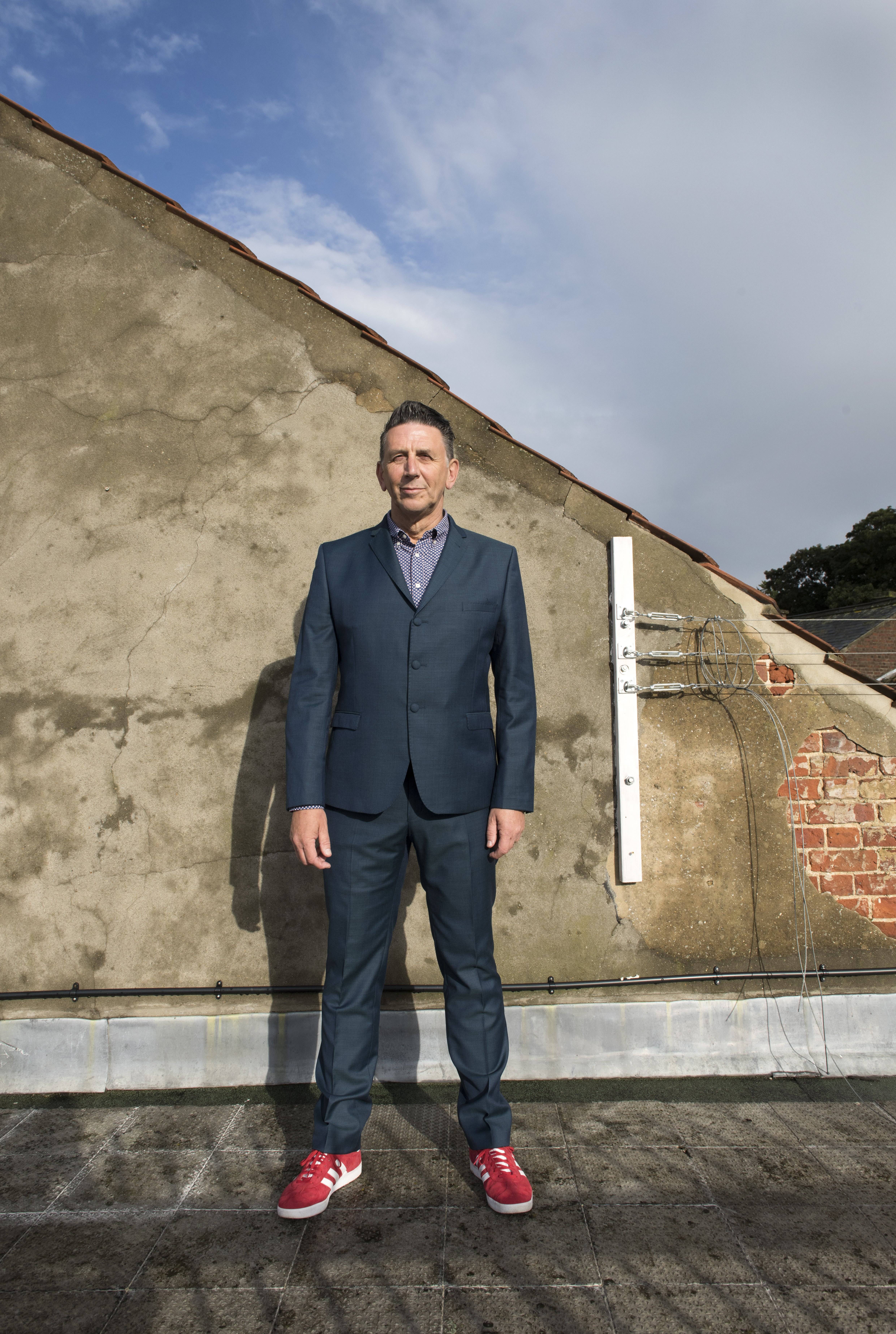 The set as we walked in was a large screen centre stage, with a manually rotating 2- dimensional earth stage right and an armchair, TV, table, and a pile of books stage left.

At the beginning of the show nothing catastrophic seemed to be happening. It started with Martin Figura’s life from the 1950s and a road trip across America he took with his 15 year old son. This was accompanied with photos shown on the screen. We began to realise that Martin is a keen photographer as well as a poet.

The catastrophe was then revealed on the birth of their second child, a girl, who was found to have Downs syndrome this was translated into “Irritable Downs Syndrome” as she got older. Martin gave a very moving account, along with a comedic element, to outline her growing up and how the family coped. It was a shock to us as this was revealed in the same way as it must have been a shock to the family.
The show came round to a full circle back to the 1950s in the same way as the rotating globe which Martin kept turning throughout the evening.

The evening did not start too well for me as Martin had a very quiet voice and his clip-on mike did not seem to be working well and I could not always hear what was being said. However, this improved and I began to enjoy the life-story which was being related to us. Martin Figura is a real wordsmith using word for effect and the sounds they make. Some of the highlights for me were:

“photos are a memento mori”
” they have more words for toilet than the Inuit have for snow”
and the word “bifurcation”.

This was an entertaining, enjoyable and thought-provoking evening thoroughly appreciated by the audience. Another Wonderful Wednesday.